Key question is did you take “reasonable care”? 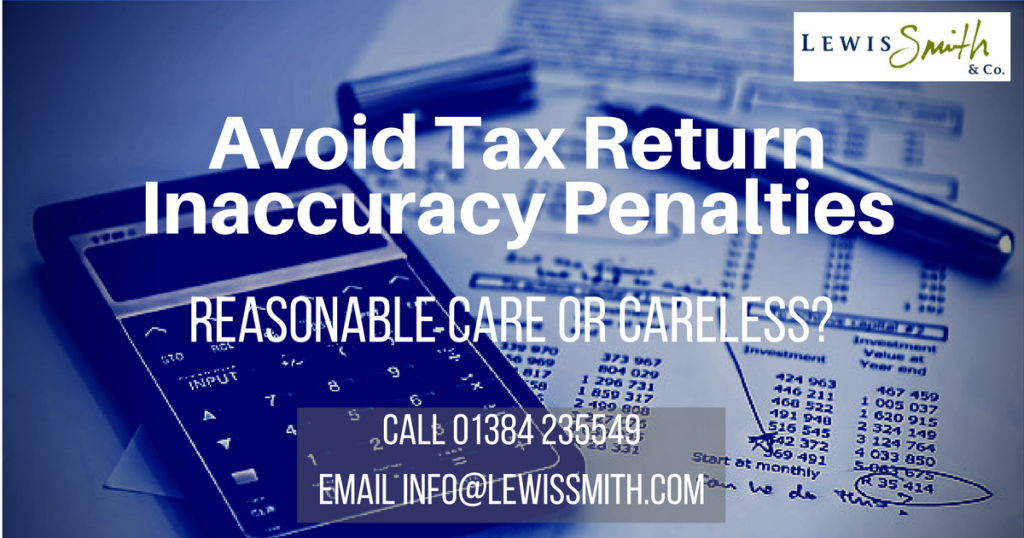 A number of commentators have suggested this demonstrates a hardening of attitudes by the taxman to tax returns errors in line with the increase in investigations. So don’t be surprised if your self-assessment return gets singled out.

The table below, taken from HMRC CC/FS7a (PDF opens in new window), highlights the penalties arising from different levels of infringement behaviours.

As you can see penalties only apply if errors on a return are seen to be “careless”, “deliberate” or “deliberate and concealed”.  So what is the dividing line between making a mistake despite taking “reasonable care” and being deemed “careless”?

According to HMRC examples of ways you can take “reasonable care” include;

In the HMRC Compliance Handbook CH81130 some examples are provided of situations where errors have been detected but no penalties are due.  These include circumstances where you thought the rules meant one thing but they actually mean something else, arithmetical or transpositional inaccuracies or where the effect of the inaccuracies as not significant in relation to overall tax liability.

In other words there is quite some leeway in the interpretation and imposition of the rules.

If you find yourself on the receiving end of a penalty notice for problems with your tax return – especially if they are defined as “careless” – then you may be able to make a successful appeal.  It is important to highlight to HMRC your circumstances (for instance that you can’t afford a tax advisor) and abilities (for instance inexperience at using a spreadsheet) in your correspondance.

Of course if you need help then Lewis Smith & Co. can act on your behalf and apply over 30 years of experience in dealing with HMRC to your case.

Why not contact us today for a free, no-obligation discussion with one of our expert team.  Call 01384 235549 or email info@lewissmith.com.