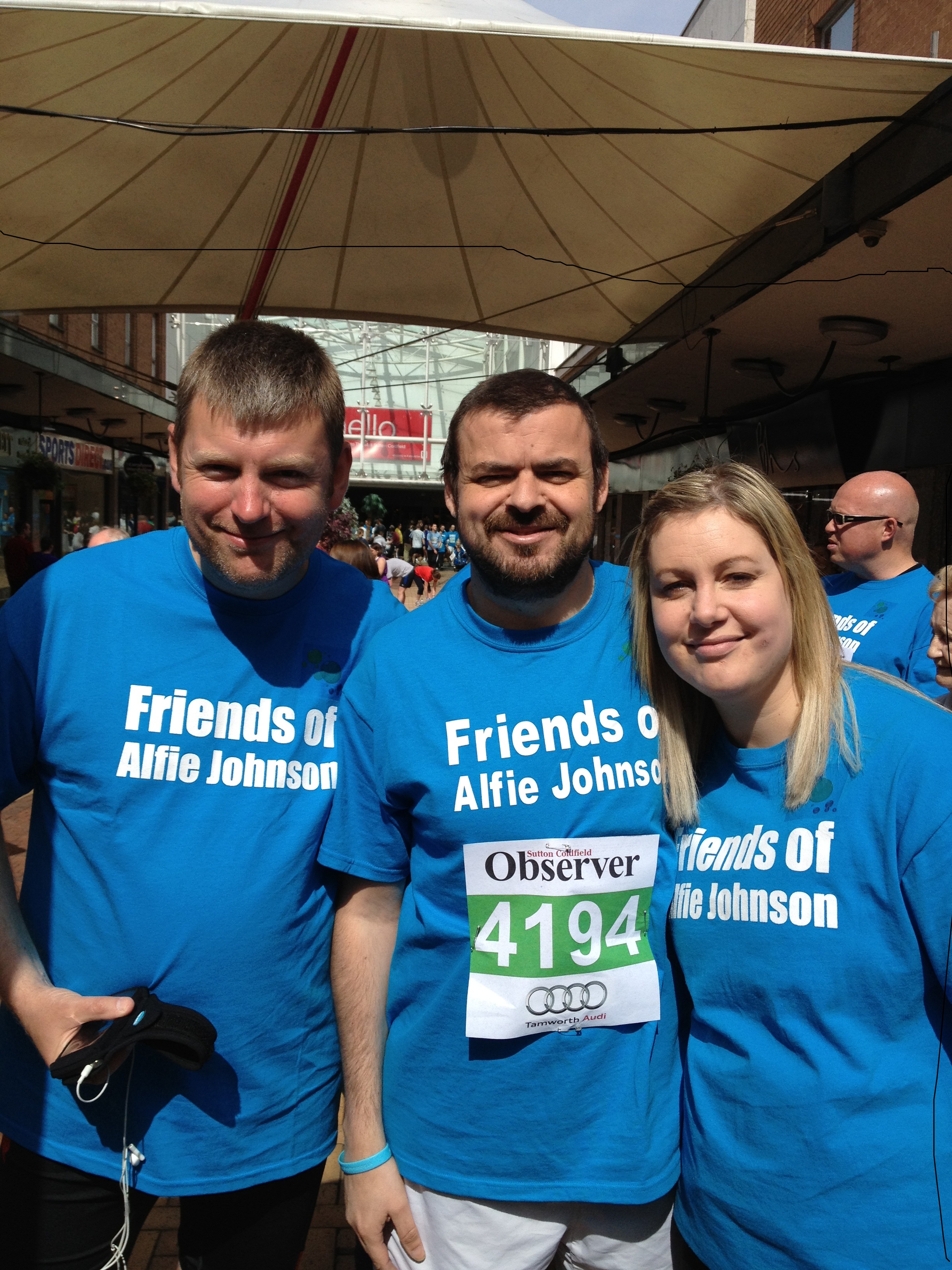 Suzanne, Andrew and Craig joined 7,000 other runners raising money for a variety of good causes.  In doing so they had to brave an 8.5 mile course that is notorious for its hilliness and indeed takes in features such as “Cardiac Hill” in Sutton Park.

The team were running on behalf of “The Friends of Alfie Johnson“, which as you may have seen in previous posts, raises money for disabled children around Dudley, Sandwell and Wolverhampton boroughs.

We are delighted to say that all three of them posted very respectable times and managed to raise plenty of sponsorship money for this fantastic cause.

Andrew expressed his satisfaction at beating his fellow director:

“Of course this wasn’t a race.  But since I have haven’t even
run to catch a bus in 10 years and Craig plays football most
weeks, I class this as a big win.”

At 1 hour, 26 minutes and 30 seconds Andrew was the fastest of the Lewis Smith & Co. entrants.  He probably didn’t want us to reveal that he was beaten by Rupert Bear, a Dalek and 3 men pushing a sofa.

You may not want to call us for advice on running but we are available to help you on accountancy, tax and business advice matters.  Just call 01384 235549 or email info@lewissmith.com.