What does the 2015 Budget provide for businesses in the Black Country? 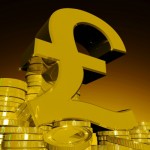 2015 finds the Chancellor caught between helping the government challenge for re-election and maintaining a tight grip on public expenditure.  As a result there are some head-line grabbers in his announcements but not the level of “give-aways” of previous pre-election Budgets.

Here’s a summary of the main points (Check out the gov.uk site for more detail).

Lewis Smith & Co. will publish reminders about when you need to update payroll systems later this year.  We’ll also keep tabs on the details behind some of these announcements as and when they are made – of course there is also the little matter of an election coming up that could change everything.

Just give us a call on 01384 235549 today if you want to discuss the impact of any of the Budget measures on your business or email info@lewissmith.com