What are the scores on the door from Mr. Osborne?

The 2013 Budget contained a range of important tax measures but most of the key changes don’t come into effect until April 2014 or beyond.  Gone are the days of filling up the car before 6pm! 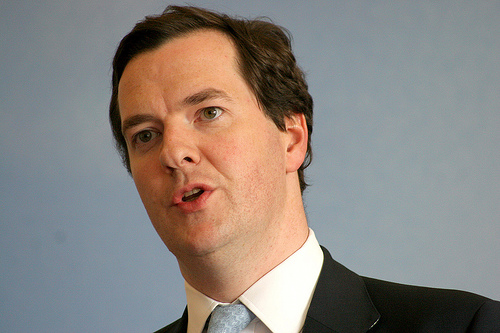 Chancellor George Osborne didn’t have too much room for manoeuvre in this year’s Budget.  With austerity the on-going prescription to cure the country’s economic problems, any tax breaks needed to be matched by reductions in public expenditure.  Having said that, there was a stated intention to help develop an “aspiration nation” and a number of surprise changes have been made that do go some way to support business activity.

The creation of an Employment Allowance of £2,000 towards NationaI Insurance costs stands out as the highlight measure to help businesses, particular SMEs, reduce costs and potentially stimulate the creation of more jobs.

Here are the highlights of the Budget from both a personal and a business perspective.

The basic personal tax allowance is being raised by £560 to £10,000 by April 2014, which is a year earlier than originally planned.  After that date the allowance will be increased in line with the Consumer Price Index.

From autumn 2015 a new Childcare Scheme will be introduced offering 20% relief on the costs of childcare up to a limit of £6000.  This is worth a maximum of £1,200 per child per year and, importantly, is available to both the self-employed and those on a minimum wage.

The period over which the Inheritance Tax nil rate band remains frozen at £325,000 has been extended until at least April 2018, which has some positive implications for asset transfer between couples.

Oh, and beer duty is being reduced by 1p a pint and the September fuel duty increase has been cancelled!

From April 2014, businesses will have an Employment Allowance of up to £2,000 per year towards their employer’s National Insurance bill, which means that many small businesses won’t have to pay NI at all. The allowance will be claimed as part of payroll – through RTI – as from April 2014

The main rate of corporation tax will be reduced to 21% in April 2014 and subsequently unified with the small company rate of 20% from April 2015.

As we have discussed in recent news items the CO2 emissions bands used to calculate tax relief on lease or purchase for companies are being lowered.  This will also impact the taxable benefit on company cars from April 6th 2013 and the charge for many vehicles will increase by 1% of the list price (up to a maximum of 35%).  From April 6th 2014 the percentage for vehicles with more than 75gm/km will increase by a further 1%, and the two following tax years the percentage will increase by 2% p.a. up to a maximum of 37%.

In order to encourage equity investment in small firms’ re-investment relief for CGT gains in the Seed Enterprise Investment Scheme (SEIS) is being extended to cover gains made in the 2013-14 tax year.

Entrepreneurs’ Relief will be extended to cover gains made on shares acquired through the exercise of Enterprise Management Incentives (EMI) options.   This is intended to encourage the provision of share options to employees by SMEs.

As always the ”devil is in the detail” and the implications to you as either an individual or a business owner depend on your wider set of circumstances.  This Chancellor has followed the pattern set by Gordon Brown of making announcements that will not come into effect for at least a year or where details have not been agreed.  So you will be forgiven for not being quite sure whether the increased tax allowance and the NI allowance have been offset by some of the other items.

Lewis Smith & Co. are always available to help you understand what the impact of the Budget is on you and your business.  Get in contact today if you’d welcome an informal discussion at a time and venue to suit you.  Telephone 01384 235549 or email info@lewissmith.com.

Lewis Smith & Co. – Are you RTI ready? Our payroll bureau and services could help.